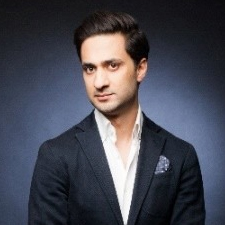 Muhammad Umar’s tech industry experience spans over 15 years with a focus on innovation and new product development. Umar has held various executive-level positions and have been responsible for the commercial and growth strategy for diverse companies. He has worked for multiple industries including Telecommunications, Management Consulting, Digital Innovation and Startup Consulting both in the United Kingdom and Pakistan.

Umar is currently heading a Technology Startup, Swsam Solutions, which he founded 2 years ago. Swsam is spearheading innovation in IoT, AI and Analytics. Within the first two years of its inception, Swsam was able to secure a major breakthrough with Etisalat’s Opco in customer experience space. The company is perfectly placed to disrupt and revolutionize agriculture, healthcare, and digital verticals.

Umar is passionate about making an impact on other’s lives and is particularly interested in digital healthcare. Umar holds an engineering degree from Iowa State University, USA and a masters from George Washington University. He loves playing golf and enjoys motorsports.