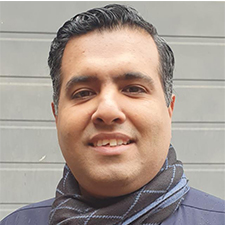 An IT Strategy professional with a strong commercial acumen.
Areas of focus: Strategic MIS consulting, ERP implementation for large scale Retail and Manufacturing concerns, Change Management
Arsalan I. Anwer has demonstrated a high degree of achievement in automating the retail industry in Pakistan’s business front. His focus on quality automation, as opposed to reinventing the wheel, has earned him high dividends and a thriving reputation in the retail automation arena.

Arsalan’s achievement began from the point where he divulged into opening his own enterprise instead of pursing the safer options of remaining within a job. He started off with envisioning and successfully implementing Pakistan largest retail ERP in 2003. His target organization at the time was a multinational hub of 33 branches which he helped automate up to the minute online function given the tedious dial-up internet service available at the time.

Following that his diversified his vision to introduce internationally renowned software packages like RetailPro into the arena. This allowed his organization to harness a wealth of globally proven automation solutions and combine those with high service standards using his onground team of personnel. Of Arsalan’s more recent achievements are his organization focus towards automating the pharmacy business where his team is leading a revolution in the pharmacy space by introducing system generated dosage labels in addition to futuristic AI functions like intelligent inventory replenishment.

In totality, Arsalan has helped contribute his fair share to an industry in stark need of vision and quality. His customer base extends (but is not limited) to Sapphire, Chase Up, Sefam (Bareeze), HKB, Tesoro, Nirala Sweets, Ehad and AWT.